Posted on February 11, 2018 by twobrancheshomestead 8 comments

We have all heard the saying ” when life gives you lemons make lemonade “.  Well Last growing season life gave us peppers, lots of them.  We had so many peppers in fact that we couldn’t really keep up.  Every night we were cutting up bell and jalapeno peppers and freezing them.  We were also canning tomatoes.  Harvest time is always busy and inevitably we miss a few things.  This year we missed the Anaheim chili peppers we had planted in pots by the pool.  By the time we got to them, they were past their prime.  Life had given us wrinkly rubbery peppers, now we just needed to find a way to make them into “lemonade”.  Our first thought was to freeze them and put them into dishes where they would be cooked down.  Then our “lemonade” moment came, we could dry them just like you see in all of those pictures of the old country.  So we found a spot, used a needle and thread, and hung them to dry.  They became a beautiful piece of art hanging in our kitchen.

They looked so much like decoration that people would ask if they were fake.  After about 4 months, we felt they were dry enough for the next step.  We were going to make them into our own crushed red pepper.  We started by crushing them by hand, wearing gloves of course.  We had made the mistake of bare handed pepper handling in the past,  and let’s just say it didn’t just burn our hands. 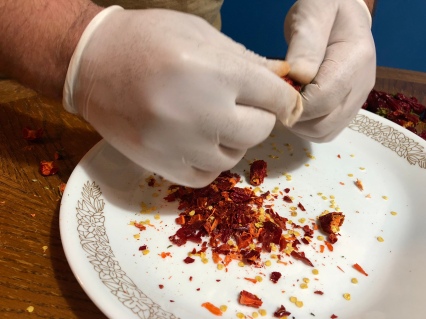 Once the peppers were crushed, we decided that a quick run through the spice grinder was in order.  We wanted it to look like the real thing.

We finished it off by putting the finished product in a small mason jar. 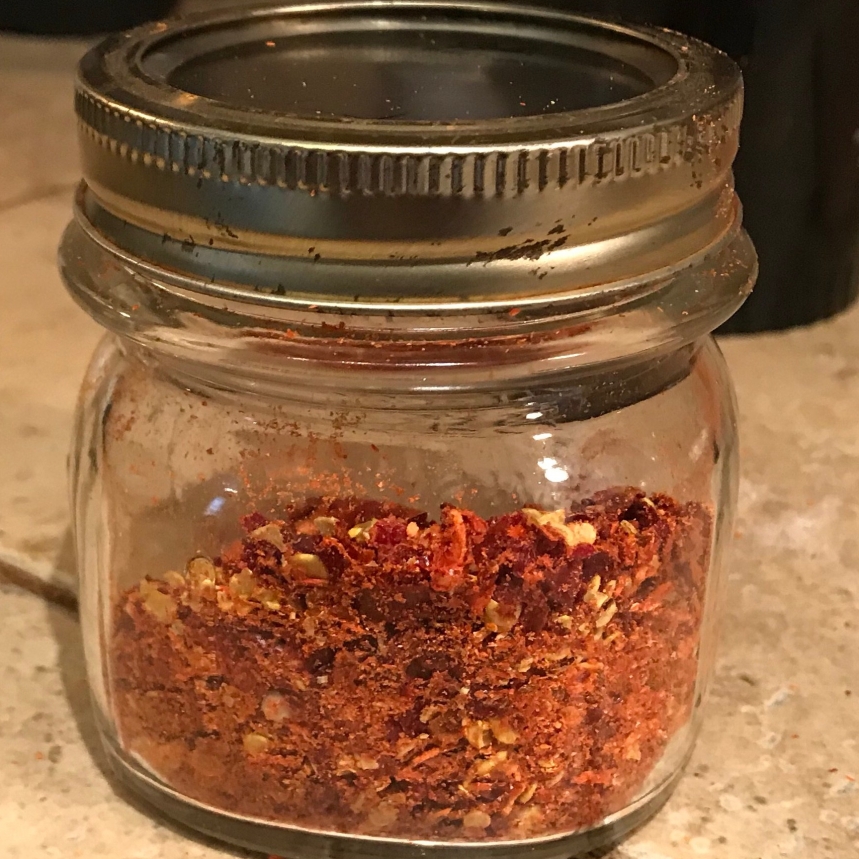 You can even see the flakes in our delicious soup .

We had made “lemonade”, and now we had a delicious new home grown and chemical free spice to use in our food.  So often we are discouraged in life,  it would have been easy to throw these peppers away.  Instead we took a chance on a them and developed a new skill.  When we ordered our seeds this year, we ordered peppers specifically to dry and crush.  We will be making this batch of “lemonade” for years to come.