Posted on June 1, 2018 by twobrancheshomestead 8 comments

Many years ago on Father’s day, I received one very special gift.  It was a gift that would keep on giving.  No it wasn’t a membership in the “jelly of the month club”, it was a small Columbia hop plant.  I had brewed beer for years and always fantasized about growing my own hops.  I say that it was the gift that kept on giving because hops are perennial and come back every year.  I began to do some research and soon found out that hops can grow more than 20′ tall in a year. I would definitely need to build a hop trellis, and I also had to pick a location where they could grow year after year.  Hops are also deadly to dogs and cats, so I needed to keep them away from our pets.  I constructed a trellis from landscaping timbers and secured it to the ground with guide wires.  The wires would also serve as the place where the hops could climb.  I prepared the soil with peat moss and composted manure and planted my hops. 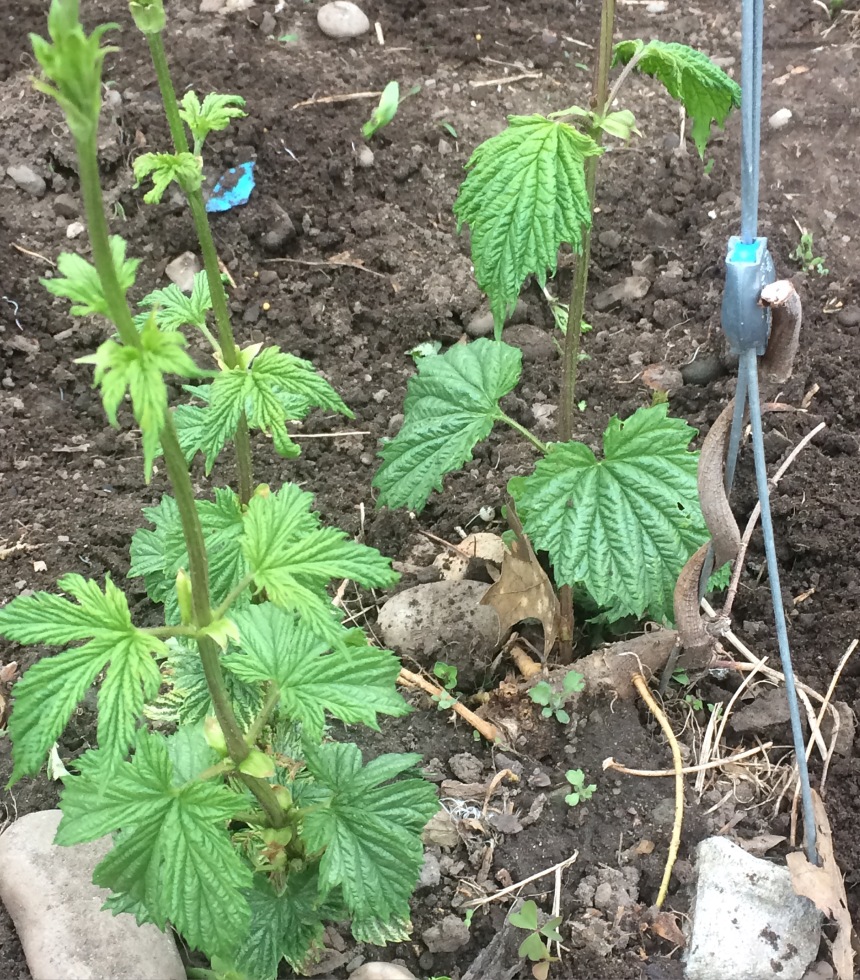 I was amazed at how fast the vine grew, sometimes more than a foot a day.  It curled its way up the wire and reached the top of my 16′ trellis quickly. 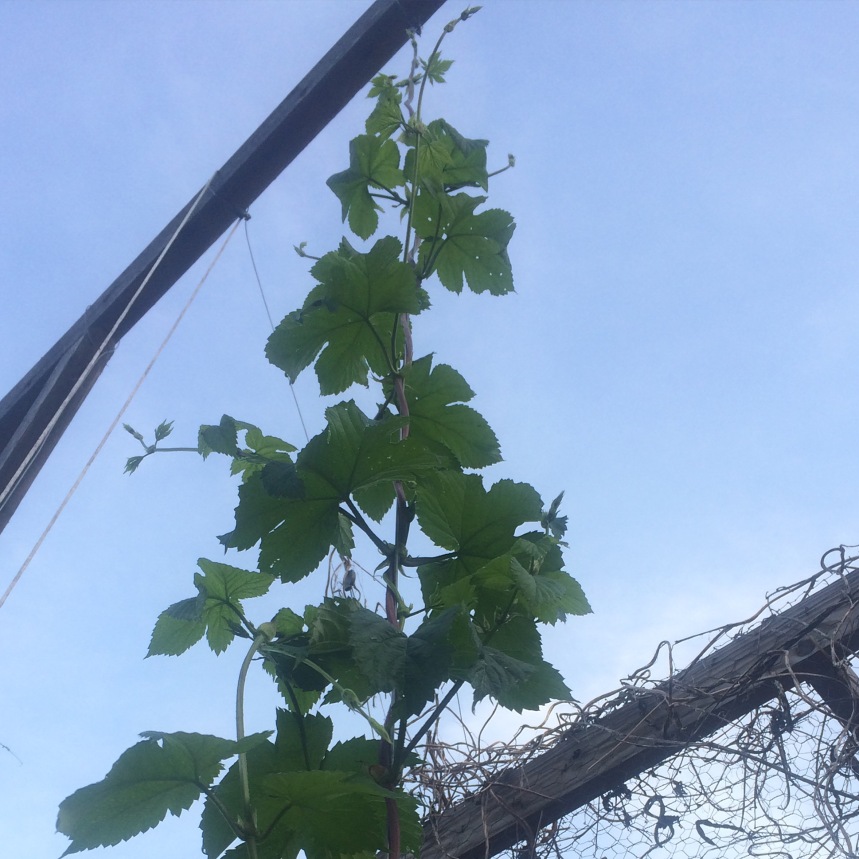 The vine then began to branch out and formed the beginnings of hop cones.  We stripped the leaves from the bottom few feet of the vine to prevent mold growth.  As the cones formed, I began to contemplate all of the delicious beer I would be brewing.

When the cones are fully formed, they will be full of lupulin inside.  It is a sticky yellow substance.  As I checked for ripeness, I smelled that familiar aroma.  Hops are ready to be picked when they sound like tissue paper being crushed.  We picked our hops and dried them on a screen, turning them twice a day.

After a few days we packed them in vacuum bags and put them in the freezer for future use.  Harvesting hops is a joyous occasion and it is customary to drink a beer when harvesting.  Hops have become a fun addition to the homestead and because they do not require replanting each year, they cost us almost no money to grow, just like our apple trees and vineyard.  We usually brew beer in the winter and adding our own hops to a recipe gives us a wonderful sense of satisfaction. Picking up a handful of your own hops and sniffing them makes you feel like a master brewer for a day.  Growing these hops will always remind me of that Father’s day, and I hope that bine(what the hop vine is called) and memory lasts as long as I do. So if you are a dad, drop a hint. If you have a dad, you now have a gift idea.  And when you brew your first batch of beer be sure to send one my way.

Some of the pans got their first seasoning last night #castiron #vintagecastiron #wagnerware #bsr
More iron being seasoned #castironpans #wagnerware #lodge #bsr
Lots of blossoms but no bees
Got my mount back !!!
Went to the new Spanish place by work tried some goat not bad at all #theregoesthediet #nomoretoplesspics
I need the rain to stop and for my bees to arrive
Advertisements