Posted on April 19, 2018 by twobrancheshomestead 11 comments 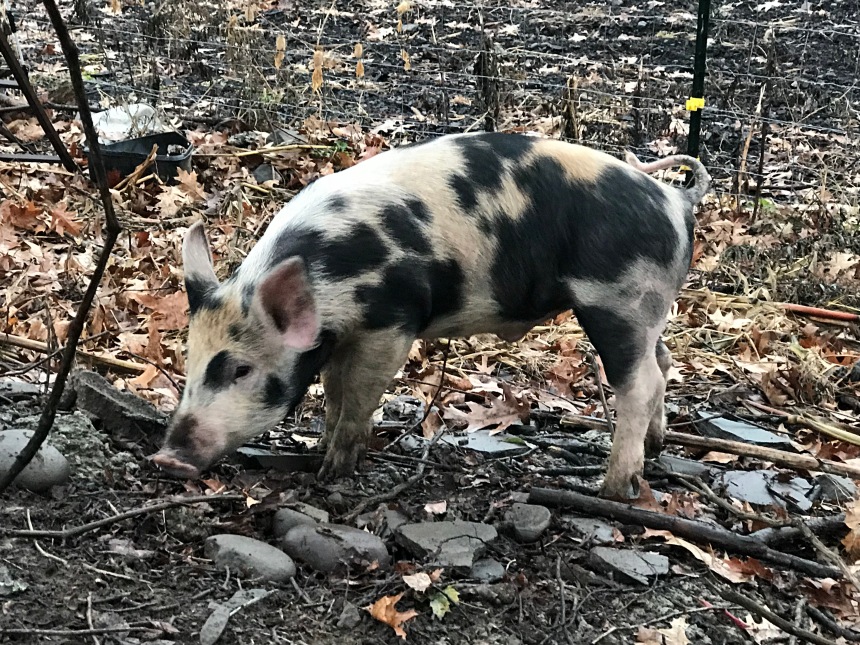 Sometimes things just happen for a reason.   Last fall we had our first set of pigs butchered.  Our first time raising pigs was very rewarding, and all the meat in the freezer was a great reward.  However, I was feeling a little blue without them on the homestead.  They gave me so much joy and without them around things were a little boring.  One day while looking at Facebook, I saw that my neighbor had a post that said there was a pig loose.  We live on the edge of a small village and a pig running around was a first for us.  My son, wife, and I went to investigate, and sure enough there was a spotted pig running around.  We tried to catch him, and soon realized that he belonged to another neighbor who erroneously thought he could keep a pig in a small dog kennel.  Finally we caught him, but he just kept escaping.  I knew that life for this pig was not going to be pleasant so I offered to buy him.  Luckily my offer was accepted, and  I carried the pig like a big baby back to my house.  We named him Houdini because he was an escape artist.  We found out later he was brought home in the trunk of a car. Because of it, Houdini was traumatized. We gave him hay and a heat lamp, but he was so unhappy.  He would just lay there and not move. So after some research, we came to the conclusion that he needed company.  We were able to acquire another pig, and when we brought her home Houdini perked right up .  We named her Dottie (Dorothy was Houdini’s assistant in real life) and after a few days they were inseparable.

I was so happy to have some buddies again.

They warmed up to us after a few more days and would even take apples from our hands.  Keeping pigs in winter was a whole new experience.  We insulated their house with hay and put a heater in their water.  We would find them in the morning buried under hay with just an ear sticking out.   They would often pull the heater out of their water so it had to be checked often.  They did not seem to mind the snow and spent a lot of time outside.

On the coldest days, they would lay right next to each other and just snort at me when I went by.  When the weather finally warmed, we opened the fence into the garden so they could till and fertilize for us.

They grew at a slightly slower rate than the pigs we raised in the summer.  In the end they wound up being about 20 lbs lighter with the same amount of feed.  Soon it was time to go to freezer camp.  I was sad to see them go, but it was much easier than the first set of pigs.  I also knew that more piglets were coming in a few months.  We chose a USDA butcher and ended up with 317 lbs of responsibly raised pork. 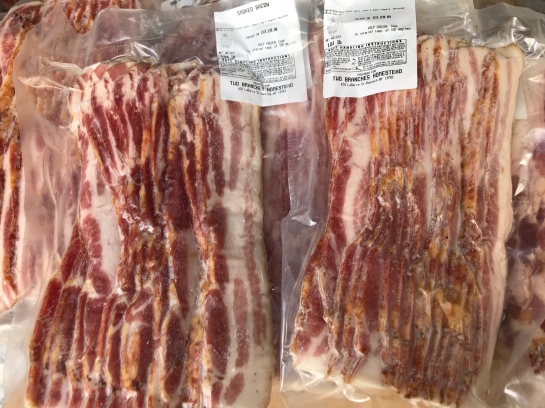 These pigs gave us the most amazing pork chops, but that is a story for another blog. 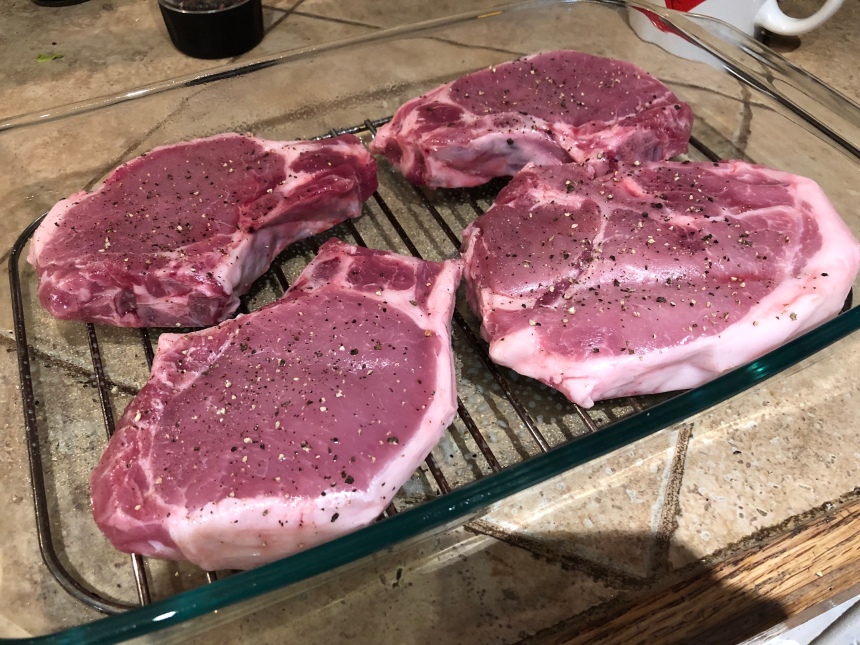 Again our freezer was full. 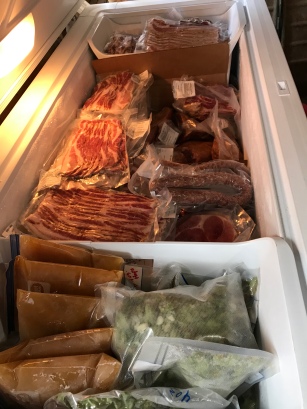 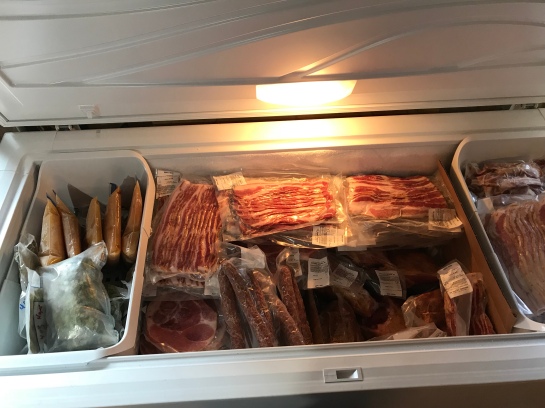 We have even been selling some of the pork to offset our costs.  I find the best experiences in life are never planned, and you need to recognize opportunity.  So the next time life throws you a hanging curve, knock it out of the park.  To me raising pigs is a home run every time.